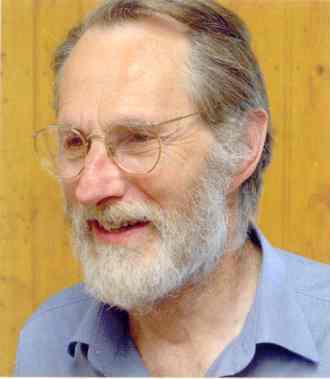 It was not until the evening of Whitsunday that I learnt of the passing of the American recorder maker Friedrich von Huene the previous week, on ‘Stockstadt Sunday’.

I have been deeply moved by this news.

Friedrich von Huene was one of the most eminent pioneers of historic recorder making. He was a tireless researcher into old instruments whom we can thank for so much knowledge about their secrets that, these days, we take for granted. He was a friendly and competent ‘senior colleague’ who was more than happy to share his knowledge with us. And of course he was an instrument maker who supplied musicians all over the world for decades with the most beautiful and interesting recorders. He coined the expression ‘recorder based on a historic model’ and contributed immensely to its widespread influence. A colleague once referred to him as the ‘doyen of recorder makers’.

I will remember Friedrich von Huene with much gratitude mixed of course with sadness over his passing. I was one of those privileged to have learned and benefited from his knowledge, and am grateful for having experienced his kindness and friendship. On the basis of the knowledge he passed on I was able to learn how to make a good Denner recorder…

Friedrich, after a long illness, you are at peace at last.

I will remember you with gratitude.

It is a little bit like losing a father….

Inquire for an instrument